Pain originating from the hips can be a constant annoyance in daily life. Whether from a temporary injury or long-term condition, you may experience pain while walking or remaining still for extended periods of time. If you are truly unfortunate, you might even have to deal with both.

Rest is usually the first step after an injury or diagnosis causing hip pain. This gives your body a chance to resolve the issue without further strain. Oftentimes, however, that isn’t enough.

Simple treatments like icing, heating pads, and medication can reduce inflammation and ease pain in the area. After that, physical therapy may be needed to strengthen muscle groups in the affected area.

Below you will find hip pain exercises to avoid and reasons why. As always, seek guidance from a doctor and practice caution when exercising an injured area.

Below are some common causes of hip pain:

These problems can result from sports injuries, joint disease, or weak muscles (caused by excessive sitting and lack of exercise).

Common treatments for hip pain include rest, icing, heating, and anti-inflammatories to reduce pain and loosen tight hips. Physical therapy is another common recommendation depending on the nature of your injury or cause of pain.

How You Can Stretch Your Hip at Home

Gentle stretching can be helpful for pain relief and recovery of main hip problems. However, this should only be done when directed by a healthcare professional to avoid further strain or injury of components in and around the hip.

You should always start gently and ease into more. Quick movements or overextension can easily reinjure the area or cause other problems.

Common suggestions are light yoga for rehabilitation and gradually increasing flexibility and range of hip motion. There are also sitting and standing position stretches you can do, but these are wholly dependent on the nature of your injury and the condition of your joints. Some stretches will relieve pain for one condition, but cause aggravation of symptoms of another.

Hip Exercises You Should Avoid

While some forms of exercise and stretching may be helpful for certain hip issues, others put too much stress on the joint. Some require overextension of injured parts, while others focus too much force on the affected area.

Below are some exercises that should generally be avoided when experiencing hip pain or healing from a known injury or other condition. These do not apply to every type of injury, since care and treatments can vary considerably.

The problem with most leg press machines is they encourage extremes of range of motion. Most of these machines have you sit at a horizontal or slightly inclined angle, pushing heavy weights with your legs.

The trouble is the starting position usually has your knees close to your chest, flexing your hips beyond 90 degrees. This tends to be an unnaturally deep squat, and applying extreme pressure to the hips in such a position can harm those with underlying hip injuries.

In a proper deadlift, the hips need not bend beyond 90 degrees. Even so, the hips become a fulcrum used to leverage a lot of weight.

This can put undue strain on the joints, especially with heavy amounts. If you are going to do deadlifts, stick with a much lower weight than you would typically use.

The Bulgarian split squat focuses all of your weight on a single weight-bearing leg (and hip). This is generally too much force to apply to an injured or painful joint compared to a standard, two-legged squat.

It is also common for people to use a wide range of motion with Bulgarian split squats, which can further irritate the forward or rearward joint. Consider low reps of regular squats (not deep squats) or lunges as an alternative for exercising the glutes and quads.

Though these activities may seem safe since they are common activities that don’t require the use of weights, they can actually be quite bothersome for some with hip pain. Running is a much higher impact than many people realize since your entire body weight repeatedly bounces on each hip joint.

A force roughly equivalent to three times your body weight can pound on the hip joint with each step of a jog. Though walking is less impactful, it can still be irritable for many with hip conditions. This is especially true on hard cement surfaces and uneven terrain (including inclined treadmills and sand).

Again, deep squats tend to overextend the hip joint which can worsen pain and other flexion issues. This is especially true with weights involved.

If you want to do squats, avoid any added weight and keep the workout short. Try shallower dips at the hips or knees without exceeding a 90-degree angle, and reduce repetitions.

Leg lifts are primarily an exercise for your core, which makes it easy to overlook the strain they put on hip joints. When the legs are lifted, their entire weight hinges on the hips which can cause discomfort for even mild joint issues.

This force is also an unusual downward pulling of the hips, which can be uncomfortable. Try to do core exercises focused on the upper body as an alternative.

A common cause of many hip issues is excessive sitting. While bicycling is a much lower impact form of cardio for the knees and hips compared to running and even walking, the sitting posture is generally not helpful for those suffering from hip pain.

Couple that with overextending the hip joints by leaning forward on the handlebars, and you have two reasons to avoid this exercise. Even stationary bikes can be counterproductive, though upright bikes or a recumbent bike may encourage better posture for some hip conditions.

Sideways exercises put a strain on hip muscles that generally see less activity in our daily lives. While these muscles are important, they can be more easily injured, especially with a pre-existing issue.

Hip flexors, abductors, and adductors are common focuses of physical therapy for hip and lower back pain, but generally do not require weights or special equipment. A resistance band may be used for some moves, but you should start off without one.

Below are some examples of sideways exercises you may want to avoid if you are suffering from pain in your hips:

Similar to regular leg lifts, this move can put unusual angles of pressure on the hip joint. This is not only risky for an already injured area, but the weaker lateral muscles in the upper thigh can be more easily strained than the larger quadricep groups.

The clamshell exercise is similar to a sideways leg lift, though generally less intense (and therefore safer) since you keep your knees bent. Still, twisting the hip joint in an unusual way while lying on the ground is asking for trouble when dealing with a related injury.

The reverse clam exercise affects lesser-used, inner-thigh muscles. It can cause odd torquing of the hip and knee joints. Best to avoid with pre-existing pain in the area or any level of unusual discomfort.

Though the right kind of stretching can be beneficial for some pain-causing issues in the hips, the wrong kind could make your condition worse. Talk to your doctor or physical therapist about stretches to use and avoid for your specific situation.

Unfortunately, arthritis is generally a degenerative disease that causes gradual bone damage, meaning it gets worse with age. You can do things to manage pain and improve mobility, but the damage is done and usually can’t be undone. If you have arthritis of the hips (or elsewhere), avoid exercise programs that cause pain and discomfort. They generally cause more harm than good since you can’t turn back the clock on damage to the joint.

How do you get rid of hip pain naturally?

After sustaining an injury causing hip pain, your first course of action should be rest. Seeing a doctor can help you understand the exact cause of your pain, but in almost all cases, you want to rest the affected area temporarily. After some rest and natural healing, seek medical advice about treatments like icing, heat, hip stretches, strengthening exercises, anti-inflammatories, and possible supplements like collagen.

How do I stop my hip from hurting when I walk?

Hip pain while walking can be caused by a number of conditions. Some common ways to reduce this discomfort are the aid of a cane or other support device, strengthening related muscle groups, and correcting posture through orthopedics or physical therapy.

Should You Exercise With Hip Pain?

It is usually a good idea to rest immediately following an injury or other cause of hip pain. This gives your body time to heal and hopefully solve the problem.

After a matter of weeks, exercise or stretching may be suggested as physical therapy to help strengthen the area and prevent future injuries. However, it is important to listen to your body. Excessive discomfort or sharp pain near an injured joint is generally a clear signal to stop that exercise and rest once again.

A physical therapist or exercise professional can help explain how to work out with hip pain and give you low-impact aerobic exercise suggestions like swimming. Since there can be many underlying causes for hip pain, hip pain exercises to avoid can vary. Just be careful when exercising any affected body part to avoid re-injury. 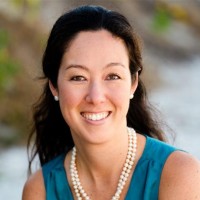